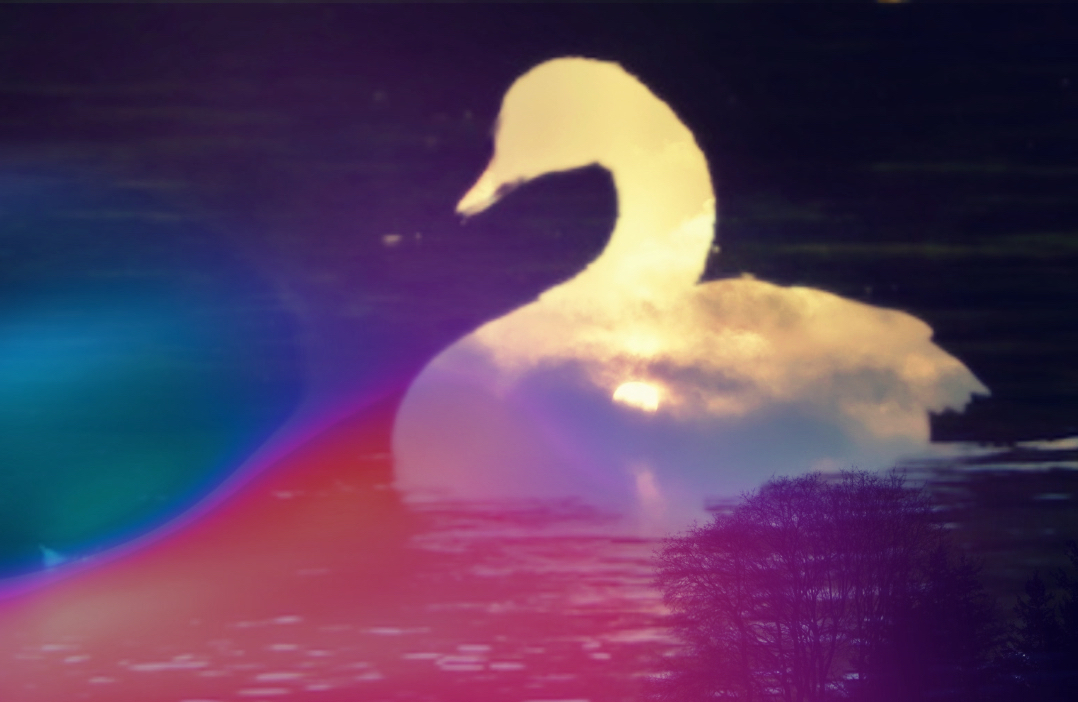 In times of painbe the whispering breeze that soothesnot the harrowing wind. (My image)

How is that a tree can stir my soul, so?
Yet, set amongst the Douglas firs –
an orchestra of giants, the reassurance
of green towering and proud – the music
of my soul is nothing less than symphonic.

How is that the sky can speak to me?
No words to convey its vastness, yet
it breathes new life into empty spaces,
whispers promises, ignite a hope
synonymous only with its expanse.

How is it that a body of water -be it
serene, flowing, or turbulent, can tug
at the corners of my emotional well,
create a longing for the unknowable,
toss me from my bed of complacency?

And how does a single flower, growing
wild, crack this shell of indifference –
the determination to blossom despite
harshness of surroundings – instil such
inspiration, motivate me to rejoice?

(On Nature first appeared here, April of 2018, written during our month long stay on Vancouver Island. Submitted here for Eugi’s Weekly prompt: nature. Image my own.

(For Eugi’s Weekly prompt: meadows.
Photo my own.)

It is the river
that calls, waters
flowing through my veins

and I, the banks
steadfast and holding

(Water: Haiku and Free Verse first appeared here in June of 2018. It is has been edited for this version. Image my own.)

Is it the robin whose morning song so sharp and crisp awakens me in this enchanted place, or the warble of Juncos whose hooded faces delight as they forage between the dried, curled aftermath of a cold Winter, now pushed aside by new life sprouting? The absence of raindrops on tin roof offers promise that the sun might appear today, the buds on the oak trees as anxious as I for the warmth.

I raise the window shades to reveal the lush green of Douglas firs, the walls that divide us from our neighbours: nomads like us in the quest to commune with a simpler way of life. We are metal boxes tucked within green pockets, quiet souls hushed by the grandeur of the forest we currently call home, reticent to disturb the wildlife that also grazes here – squirrel, fox, and rumours of cougar. Occasionally bear. We are skirted on one side by marsh, a lush welcoming for geese and goldeneyes; and on the other by ocean, where seagulls and terns claim driftwood as perches. It is the raven who is master here. Large wings casting shadows, the thrumming call – sometimes belligerent, sometimes a purr – a reminder that this land is theirs, that the totem poles dotting the island are a testament to royalty.

Offshore, seals roam in masses encouraged by the schools of trout and halibut, and soon the salmon run. Orcas gather in semi-circular formation, readying the hunt. Spring is a time of proliferation – abundance after the Winter chill.

(Vancouver Island first appeared here April, 2018. It is an early attempt at a haibun. I am linking up to my weekly challenge: trees. Image my own.)

(Tuesdays I borrow from Twitter @Vjknutson.
Image my own) 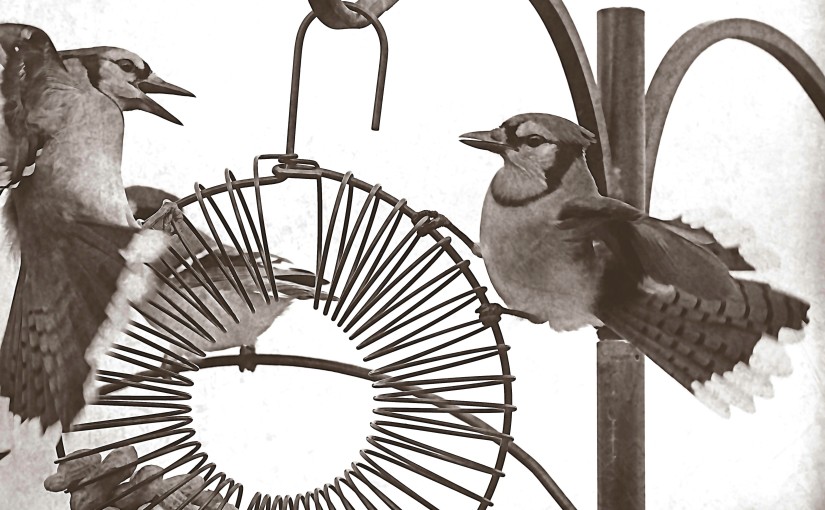 A band of blue jays
gather around, debase
serenity of this garden
party: chickadees and cardinals
scatter, sense danger
in raucous intrusion –

(Tuesdays, I borrow from Twitter @Vjknutson. Image my own.) 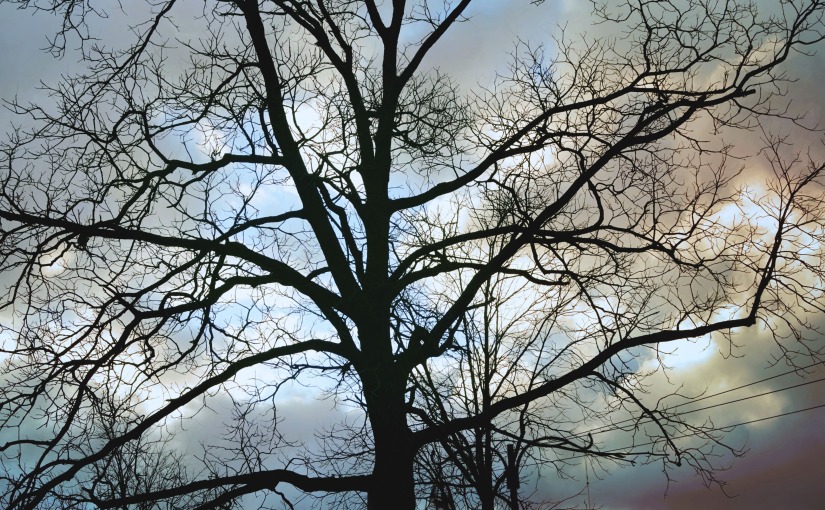 One tree –
a solo sentinel –
beckons

Take comfort,
says she,
beneath my boughs

But I am hungry
balk at simplicity
silence adverse

Till fate arrests me
legs no longer fleeing
the great Walnut my saviour.

Examining the intricacies
of a spider’s weaving

Wonder and trepidation
coinciding – and I, behind
lens, am child again
wide-eyed basking
in the glorious outdoors.

It wasn’t the knowledge of stability –
chaos had the upper hand back then.
It wasn’t even that love was expressed –
unconditional an unheard of concept

But all that is behind now
and when I clear cluttering
thoughts, disperse static
emotions, still the heart

The rhythms are still there –
presence offering sustenance…