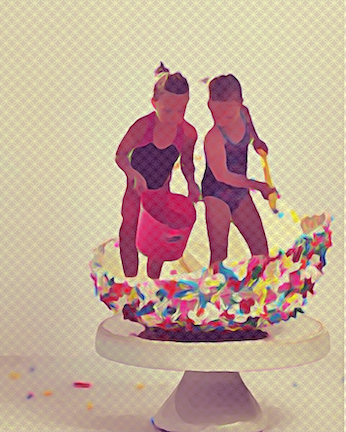 Help others.There is always someone for whom you can make a difference,no matter how small or seemingly insignificant. Image mine

On April 15, 1978, I married for the first time.  It was also the day my eldest sister was diagnosed with leukemia and given one month to live – a year, if she had any fight in her.  I was nineteen.

As a young woman, I viewed life’s issues as black and white, and was often intolerant and impatient of others.  Now, thrown into a world of uncertainty, I was ill-equipped to cope.  Jo was a single mother of one, and asked for my help and support.  I vowed to be there for her, but had no idea what that would entail.

Even though we were siblings, my sister and I could not be further apart.  Eleven years my senior, Jo was born with a hole in her heart, a condition that saw her constantly in and out of hospital as a child.  At thirteen, on the brink of death, a new procedure, open-heart surgery, saved her life.  Much of our family’s energy and attention centered around Jo’s well-being, which was always a difficult task.  Coddled as a child, and setback by illness, Jo was temperamental, self-centered, and high-spirited.  If there was a fight to be had, she would instigate it.  She was reckless, impulsive, and emotionally immature.  At nineteen, she was unwed and pregnant.  She insisted on marrying the child’s father, but it didn’t last.  A string of bad relationships followed, along with several moves, in and out of our family home.  It seemed, Jo had a knack for creating chaos.

In contrast, although fifth born, I played the role of the responsible, sensible child, often trying to mediate calm in our tumultuous lives.   It was the natural order of things for Jo to turn to me for help.   I signed on as legal guardian of my niece, and accompanied my sister to medical appointments.  She underwent intense chemotherapy, and many times we thought we were losing her, but Jo would rally round again.

I learned from my sister, that life is often grey –  that uncertainty, and change are givens – and this rattled my sense of self-righteousness.  I felt inadequate and overwhelmed.  Pursuing education in the medical field was never an option for me, as a I was a fainter.  Instead, I sought understanding of the psychological and spiritual aspects of illness.  It would lead me to years of study and a career.

I don’t know how much I actually ever helped my sister.  She was never open to any of the ideas or approaches that I studied, and she never became any easier to get along with.  Her survival, fourteen years beyond the initial diagnosis, can only be attributed to an incredible fighting spirit and will to live.  She never changed.  I, however, was forever altered because of her.

I was with my sister the night she died, holding her hand as promised.   She was one of my greatest teachers.